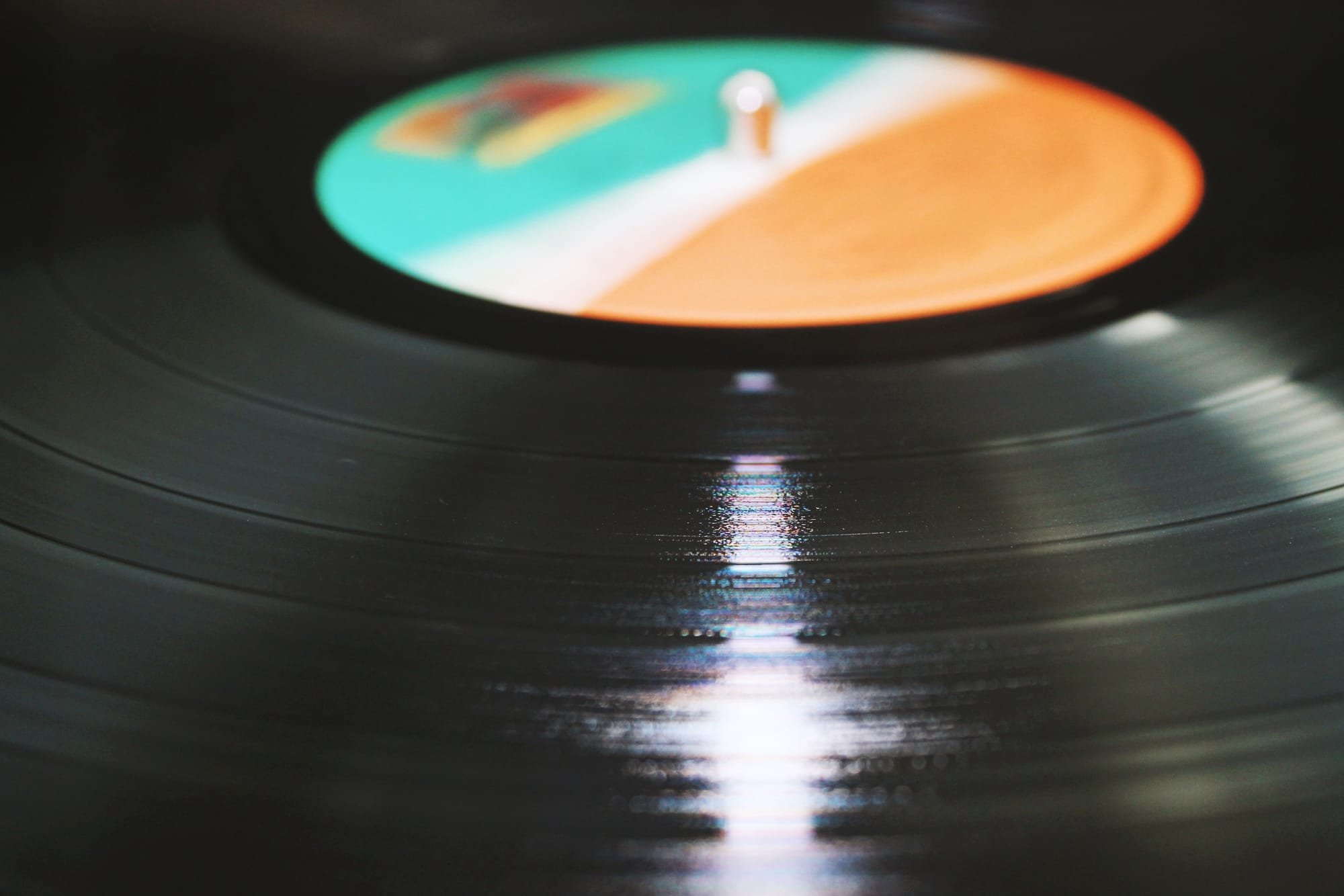 My end-of-the-year report from Apple Music (the streaming service on which I listen to most of my music) revealed that I have listened to 503 hours of music in 2019. That's about 21 days worth of tapping toes, whispering lyrics, and obnoxiously singing on road trips. Some of my all-time favorite bands/artists released new albums this year, such as Vampire Weekend and The Head and the Heart. I also discovered new favorites like Lizzo and Maggie Rogers. Keeping with my last music review, this list is in no particular order and contains the most popular song and what I consider an underrated song on each album.

I'll be the first to admit that I was shocked by the quality of Taylor's seventh album, Lover. I had lost trust in her abilities after the poorly- received Reputation, and the last thing that I expected from her new album was the title track ("Lover") beginning with a gentle acoustic guitar. As I listened to the album for the first time, it was clear that Swift had explored a softer and more vulnerable side of her music while singing mature and poetic lyrics. Not every song is a success, such as the painfully KidzBop-esque "ME!" and the cliché "London Boy." What reeled me in to this album were the innately human songs. After listening to "London Boy," I was knocked off my feet by the heart-wrenching "Soon You'll Get Better," an aching ballad about her mother's battle with cancer. "False God" follows, a darker pop piece filled with religious metaphors ("Religion's in your lips" and "You get lost when you're led by blind faith"). Some of my favorite songs are more on the simple side: "I Think He Knows" and its bare-bones drum and clap track structure, and the ukelele based "It's Nice To Have A Friend" with a Miles Davis trumpet solo snuck in. Lover is a pleasant surprise for people like me: disappointed in Reputation and missing albums like 1989.

Father of the Bride -- Vampire Weekend

Six years: this was how long I had to wait for this album after Vampire Weekend's magnum opus Modern Vampires of the City. It was difficult for me to imagine a better album, but Ezra Koenig and company delivered with Father of the Bride. A deep breath, FOTB explores a more easygoing side of Vampire Weekend. The first single, "Harmony Hall," felt like a transition into a new side of the band for longtime fans, singing lyrics originally from Modern Vampires ("I don't wanna live like this, but I don't wanna die") accompanied by a lively piano and tambourine. It seemed like a complete 180 from Modern Vampires, an album chock-full of artificial sound and effects. "Sunflower" feels like a ray of thrumming sunshine (no pun intended), and "Unbearably White" retains the darker tones lyrically ("To learn what kept us together, darlin', is what kept us alive") but shows off a wide array of instruments. One of my personal favorites, "Bambina," showes off Koenig's vocal range and hops from energetic sliding guitar chords to a chorus that sounds somewhat like a nursery rhyme. Additionally, another one of my favorite bands is heavily featured in this album: the three sisters of HAIM. Their vocals provide for stunning duets such as "Hold You Now" and "Married in a Gold Rush." Arguably one of the best songs on the album, "Sympathy" establishes a faster pace but darker tone with a double bass drum pedal, which the band has hardly used in previous albums. Father of the Bride is an album full of heart and beauty, and was well worth the six years.

Cuz I Love You - Lizzo

I'd never heard Lizzo before "Truth Hurts" exploded into the top charts. The bold lyrics along with her expert fusion of modern rap and R&B attracted me to her music. Listening to different songs on the album, I noticed a theme of maturity along with vulnerability. She sings about her struggles with love, whether it be loving others or loving herself. "Cuz I Love You" rapidly switches from point-blank rap to powerful vocals that reminded me somewhat of Aretha Franklin. The surprising, genre-defying entrance of a full orchestra reminded me of Paul McCartney's "Live and Let Die." "Boys" is a playful tribute to exactly what the title says, and "Juice" is a confident anthem that lies somewhere in the realm of rap and pop. Lizzo has taken her newfound rush of fame and utilized it to speak from her heart, and it is apparent in every song.

Heard It In A Past Life - Maggie Rogers

Once Maggie Rogers had released her viral single "Alaska," I was immediately hooked on her fragile and addictive sound. Heard It In A Past Life balances production with Rogers' unique sound. The first single off the album, "Light On," is a tribute to her fans with a strong backbeat and stirring metaphors. The rest of the album borders on being overproduced, but the quality of the lyrics and Rogers' vocals save it from sounding too much like an EDM album and more like an alternative album. "Fallingwater" is a song about struggle ("I fought the current running just the way you would and now I'm in the creek and it's getting harder") that fades out midway through, only to return with a slower pace. A more lively pace is established with "The Knife," and "Past Life" is reminiscent of Fleetwood Mac's folk sound. Although it isn't perfect, Maggie Rogers establishes her place in the music world with Heard It In A Past Life.

thank u, next - Ariana Grande

I'm relieved that thank u, next is one of Ariana Grande's best albums. Two factors played into my stress before the albums release: the short five months between Sweetener and thank u, next andalong with how subpar Sweetener was compared to Grande's previous albums. Fortunately, Grande's fifth album is full of mature self-reflection, which is unsurprising based on how much has happened to her this year. Grande samples from singers such as Wendy Rene ("fake smile") to perfectly encapsulate a song's purpose or point. I'm a sucker for a song with produced percussion and clap tracks, so many tunes stuck out to me, such as when Grande sings of being overwhelmed and tired in "fake smile." My favorite has to be "needy," a track made powerful by its blunt lyrics and straightforward sound. Despite making little sense lyrically, "bloodline" has a fuller body with R&B-influenced horns. The brutally honest lyrics and ideas expressed in this album make it one of Grande's most revolutionary and sophisticated.

Living Mirage - The Head and the Heart

My family has been listening to The Head and the Heart for 8 years, and their first album was the first album I've ever known every song on. I've seen them in concert four4 times. So, needless to say, I was extremely excited for this album's release. The first single "Missed Connection" and its bass-fueled verses was a tad underwhelming, but signaled a more produced album. "Honeybee" came after, which has become one of my all- time favorite songs. "Brenda" is a poppy synth piece, and "People Need A Melody" is a more serious piece about the struggles of growing up. The title track feels like a hazy and soft indie trip, with alluring lyrics like "So I open my lungs, breathing in sand and stars." The Head and the Heart have made an almost Taylor Swift-like transition from acoustic, earthy indie to more alternative pop. Consequently, I was surprised to hear so much production on this album. Despite the increased artificial aspects, the band continues to redefine the limits of alternative music.