What Is a Creole?

As every Louisiana schoolchild should have learned, the French had a big influence on Louisiana--so much so that many of us are of Creole or Cajun heritage. In this article, I'll be focusing more on Creole culture. I was inspired to write this because I am Creole. I'll tell you about my experiences, my ancestors' experiences, and just some overall facts about Creole heritage.

Before I begin, I'll give you some background on Creole culture. According to InterExchange, "Creole refers more to the city people of New Orleans. Meaning "mixed," Creoles are a blend of many different cultures and backgrounds, but most are descendants of settlers in colonial Louisiana from Europe, Africa, and the Caribbean." Creole can also mean, according to InterExchange.org, "colored people who have the ancestry of Africans with some French and Indian blood." 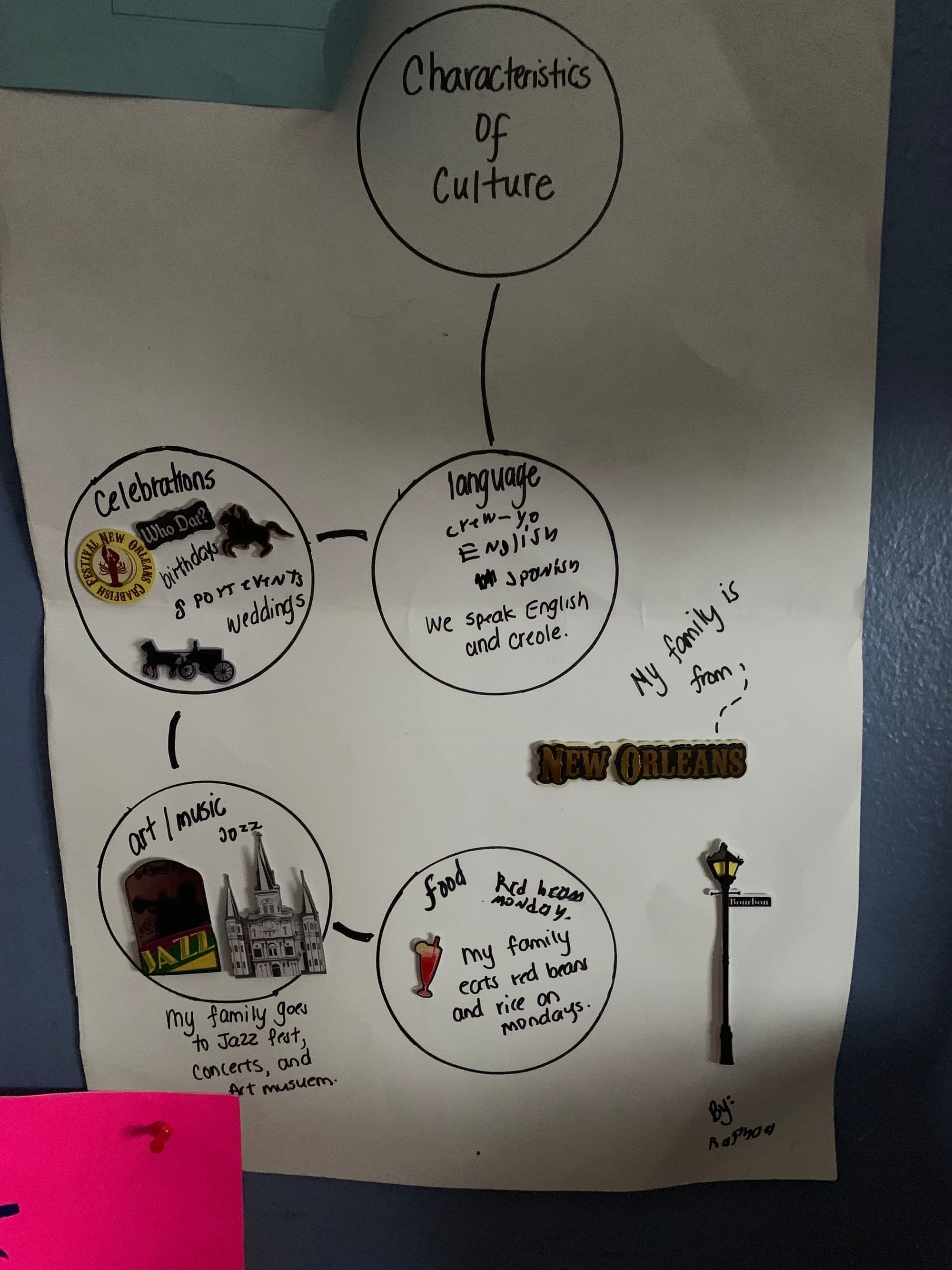 There are so many variations of Creole that  it falls into a broad spectrum. If I were to say I was Creole,  I would have to specify what type of Creole I am, or I could confuse others.  With every variation of Creole comes a different language and culture. This made me think to myself, who do I know is Creole?

I asked my grandmas this question. What was it like growing up Creole? Back in their day, our people weren't allowed to speak Creole at school or they would receive chastisement. Many people would often lose fluency in their language skills, which made it hard to teach others. My grandma Sylvia, who is a descendant of the Malveaux bloodline, stated, "My mother didn't want to teach us Creole because my older siblings who learned Creole did poorly in school."

On the other hand, there is one universal language that can be taught non-verbally.  Creole food is often food that's good for the soul. There are different soups, bread, beans, pasta, cakes, and more to choose from. We even have a neat way of preparing vegetables! I have noticed a Creole influence on New Orleans cooking. Our cuisine, lifestyle, and festivities are very French.

So, why are we being forgotten? Creole culture is being forgotten because, after a very long time of our culture being suppressed, many aspects of it were not taught to descendants. Both of my parents and grandparents are Creole but can barely speak Creole. As we all know, language is a very important part of the culture. My great grandparents did not want to teach their offspring the language because of the negative impact it had on their success in English-speaking school.  Even though our language may not be heard much these days, Creole culture is otherwise alive and well.

We're not going anywhere for a long time.

22 Murder Mysteries to be Solved in the Library
Students Ask for More Plants, More Lion Mascot, and More Hooks in the Bathrooms
Carjackers: Coming to a Neighborhood Near You
Comments