Fortier Class of ‘69 Revisits the School That Was Once Theirs 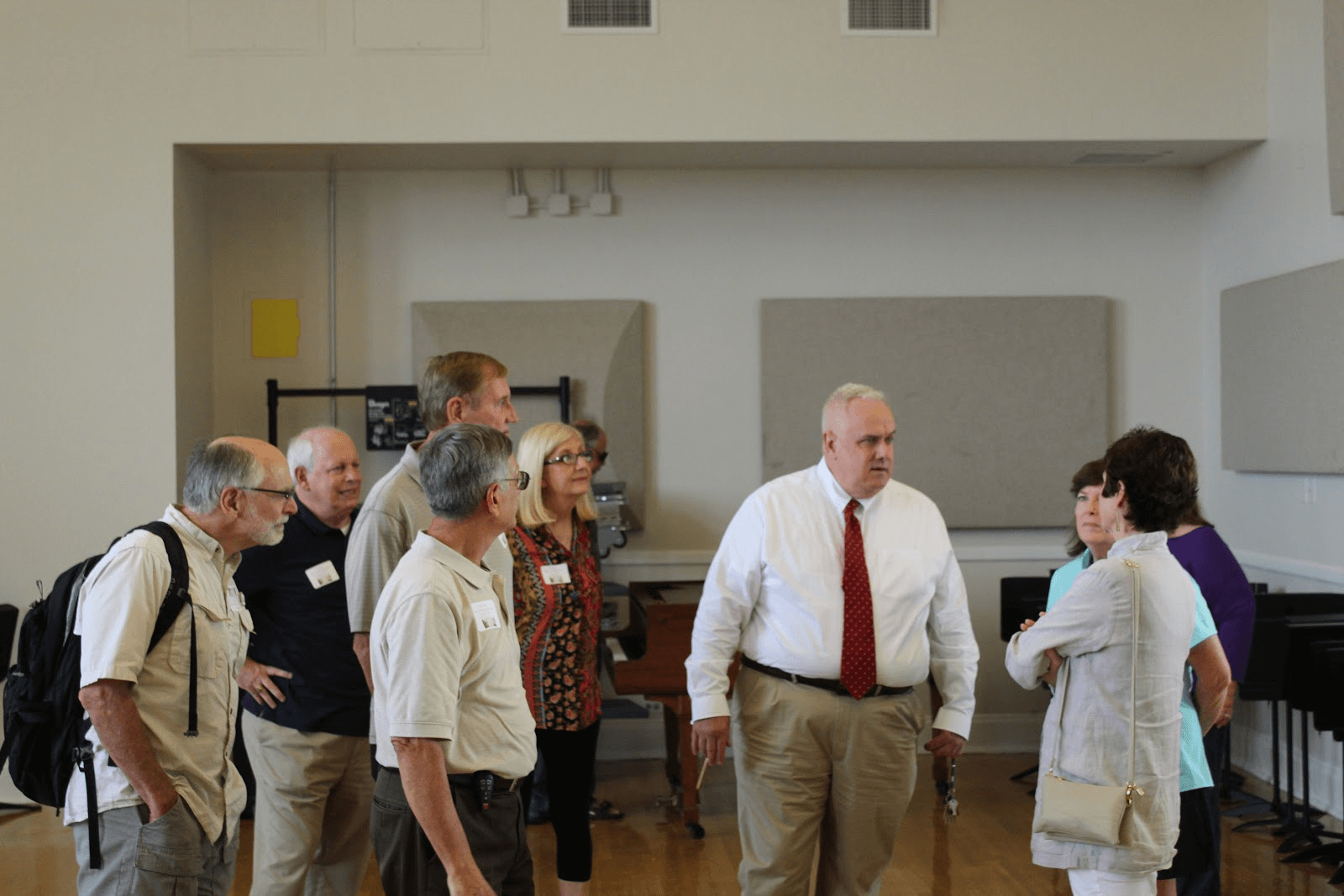 In November, the Fortier class of ‘69 came to Lusher to visit their old school. It was a small group of about 15 people, but they seemed to be a close group with good memories from their time here 50 years ago.

The tour started with a meet and greet with Dr. Corbett.  Former students got the chance to ask our principal questions about Lusher and how we have performed compared to other schools in the area. They seemed to be impressed by how well we were doing as a school. Next, they talked about the renovations that had been made to the school. They seemed especially impressed with the air conditioning, which apparently was a luxury they did not have. Another renovation they really liked was the elevator.

The tour continued with us walking to the fourth floor to see the band room.  When they arrived, they all seemed to be happy to be in a familiar place. This is also where they seemed to really start to catch up and really revisit some memories they had from when they were in school.  This is when I was able to ask them some questions.

I started with just some simple questions, asking what’s it like being back here and seeing how much the school has changed. They all agreed that they were happy to be back and that, despite all of the changes, it still felt the same as it did when they were here.

They did notice a change in the general atmosphere--they told me it was a lot less hostile now then it was when they were here. They told me about how they had gone to high school in a pretty difficult time with the Civil Rights movement going on and Martin Luther King being killed during the end of their junior year.  The tension was high everywhere--not only between students, but also with the teachers.

After seeing the band room, the tour continued down to the third floor where everyone looked for their old classrooms. While walking, I asked another group the same question about what it was like being back and if it was different from when they were here. They told me that the school felt smaller than how they remembered it and it felt safer, especially with the new gate that had been put up around the outside of school.

Around the time we reached the second floor, lunch was ending, and it was time for me to head back to class. I thought this was a good experience not only for them, but also for me. I realized how, despite school being hard, we still have it pretty good.

This got me excited for maybe coming back to Lusher in 2070 and seeing what has changed and, hopefully, improved since my own senior year here.