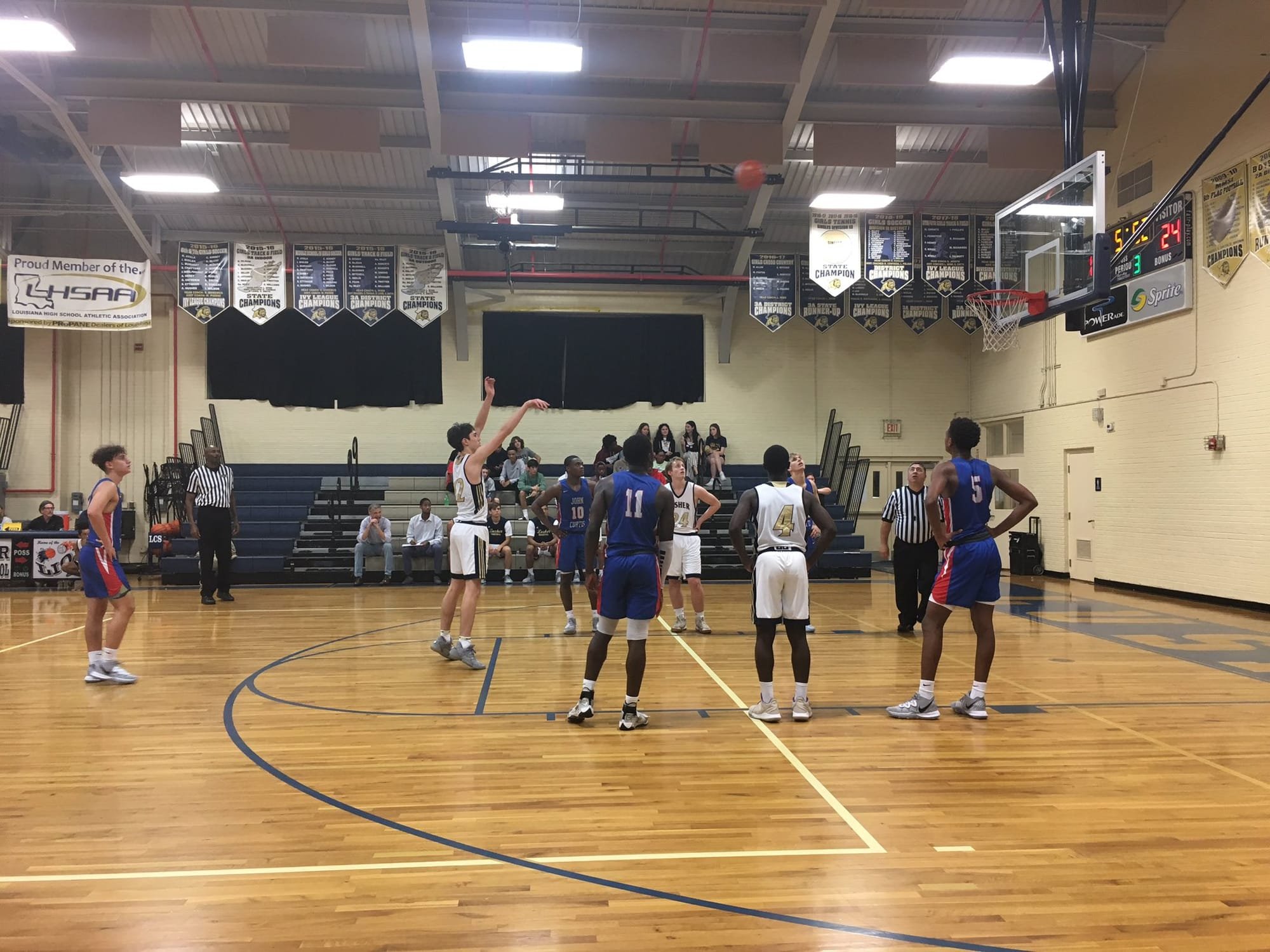 The Lusher Lions Varsity Boys Basketball Team enters the 2019-20 season with a new identity, style of play, fresh faces, and high expectations. They enter this season looking to improve upon their state quarterfinals appearance last year in which they suffered a defeat to the local rival, and state runners-up, De La Salle Cavaliers.

However, the new district brings new challenges for the Lions this year. Head Coach, Hunter Higgins, gave his thoughts on what moving up to a different district means for the Lusher Lions boys basketball team, “It’s a little bit different,” Higgins said. “I like it a lot because we don’t have to travel as much--no more St. James and Donaldsonville. But we also lost to De La Salle, who, obviously, is a very good team. This new one is still tough, though. Carver, McMain, and [Warren] Easton are all really good basketball teams and present new challenges. I think we will be competitive, though.”

The team aims to utilize a different style of play this year, a gritty and tough style of offense that is a change from the rather up-tempo style played in years past. “We have to be able to compete the entire game,” Higgins claimed.  “No possessions off.  Play tough, gritty basketball, whether that means taking a charge or fighting for a loose ball. We need to be disciplined and hopefully do enough little things to win the game.”

Seniors Cameron Williams and Bahiy Watson will be the leaders of this team and play key roles in the team’s success this year.  The Lions boast a difficult schedule this year, opening the season on Friday, November 22, looking to get some long-awaited revenge with a rematch of last year’s quarterfinals against the aforementioned De La Salle, and matchups against Warren Easton and G.W. Carver highlighting it the rest of the way and a highly-anticipated matchup against the arch-rival Ben Franklin Falcons (boo, hiss!) as well. This year’s schedule can be found on maxpreps.com at https://www.maxpreps.com/high-schools/lusher-lions-(new-orleans,la)/basketball/schedule.htm