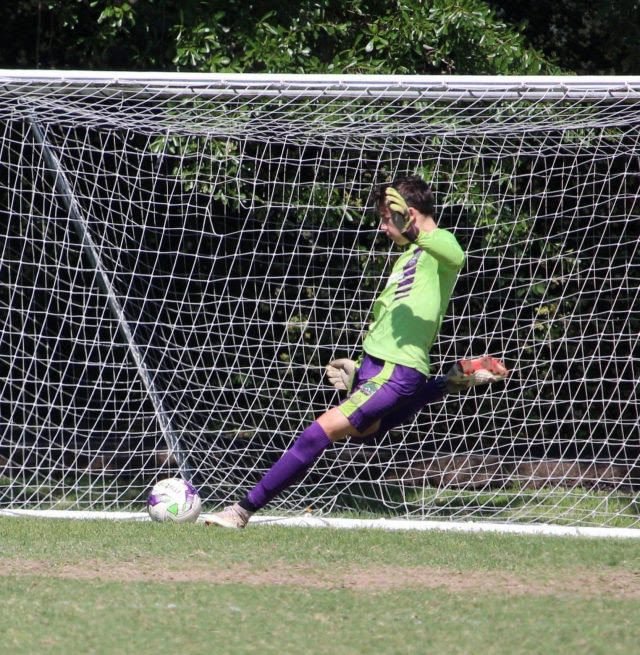 The Lusher Varsity Boys Soccer Team can now boast a professional player among their ranks, as junior goalkeeper Jourdan Schumacher recently signed a contract to play professional soccer with the local New Orleans Jesters of the National Premier Soccer League (NPSL) at the age of 17. Jourdan was understandably thrilled to receive the offer, saying “I was kind of shocked, at first, because I knew what it meant, but I didn’t fully realize the opportunity I had just been given and how incredible it is to be able to play with men who have played with some of the greatest teams in the world.”

Schumacher is a product of the Jesters Youth Academy Program, which boasts notable alumni Patrick Mullins of Toronto FC and Andrew Tarbell of the San Jose Earthquakes. Per Crescent City Sports.com, Jourdan is also the first local player to receive an NPSL contract after spending his entire youth career in the academy (he’s been a part of the program since the age of 6).

Jesters Head Coach Kenny Farrell has already expressed full confidence in the team’s latest signing, saying, “I can see Jourdan following a similar path as Andrew Tarbell (former Jesters goalkeeper), who started on a developmental squad and went on to take the number one spot by the time he was just 18 years old. Andrew went on to play in the NCAA National Championship game for Clemson University and was a first-round Major League Soccer draft pick for the San Jose Earthquakes. For Jourdan, the ball is in his court. He has earned the opportunity.”

The move also allows Schumacher to test his skills against some of the top players in the country, an opportunity he relishes, saying, “I think it’s a really great opportunity that I have been given. It took me about two days to fully realize it, but I can’t wait, and I think it’s going to be a really fun experience for me!” It also means that Jourdan will return for his senior season in top form, something that will be vital to the Lions as they are primed to make another run at a state championship next year. We wish Jourdan the best of luck with his new squad and over the rest of his career.