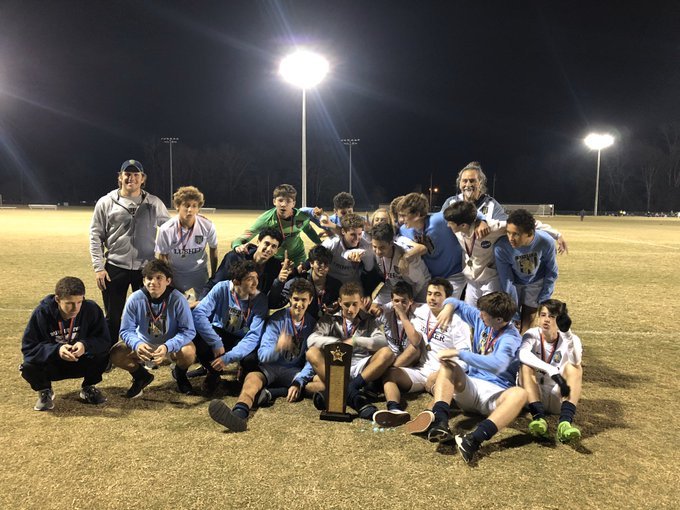 The boys’ and girls’ Soccer teams are off to a great start this year! As of December 9, 12/9 the boys varsity team was ranked #4 in the state, and the girls varsity team is ranked #8. This year, Lusher moved up to division III and now faces new teams, as well as new challenges.

When asked what to expect from the girls’ team this year, Coach K replied, “ I tell the girls all the time, win, lose or draw, anyone who comes to watch us play should be able to understand that we have a shared idea of how we want to play. We want to keep the ball and try to play a possession- based style of soccer. We want to show great sportswomanship and play the beautiful game the right way.”

Last year the girls’ team won the district championships and made it to regionals. The senior players on the team include Courtney Nero, Mary Grace Foster, Hannah Jabaley, Kaelyn Bailey, and Lucy Galyean who have all played in past years. Mary Grace says her favorite part about soccer is “being part of an inclusive team that motivates and inspires confidence in all of their teammates, both on and off the field, as well as pregame satsumas.”

Sage Allen, junior varsity captain, says her favorite part about the soccer program is her coach and teammates.

”Coach K truly makes the program enjoyable. He makes sure everyone is included and can contribute to the team. Coach K is an amazing coach both on and off the field. Also, my teammates make playing amazing. Everyone is constantly looking out for each other whether it is making sure everyone has their uniforms ready for the game, snacks prior to a game, or helping with homework. The people on the soccer program make it delightful and welcoming.”

Now, moving onto the boys team. On November 10th, the team beat #1 ranked Epsicopal BR in division 1V, with Alex Blanche scoring all three goals. As previously stated, the varsity team is currently ranked #4 in Division III, and some speculate that they will move up in the rankings throughout the season. James Rose, junior, discloses that the team “knows what it takes to win. All of the starters from last season have returned and are hungrier and knows they have what it takes to win it all.”

When asked what the team needed to work on to have a great season, Max Perlstein, senior, said that the team needs to “work on transitioning as one, uniting and communicating more on the field.” Elisha Shiller, team captain, credits their success this far in the season to how long the team has been playing together.

The soccer teams need more supporters. The boys’ soccer schedule can be found in the highschool stairwell, and the girls’ schedule is outside of the guidance office on the second floor. They are also both announced in the weekly high school weekly communications email. 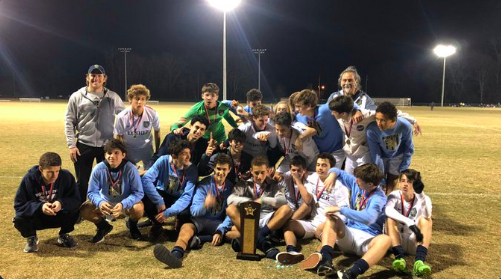