The Sea Lion Swim Team During the COVID-19 Pandemic 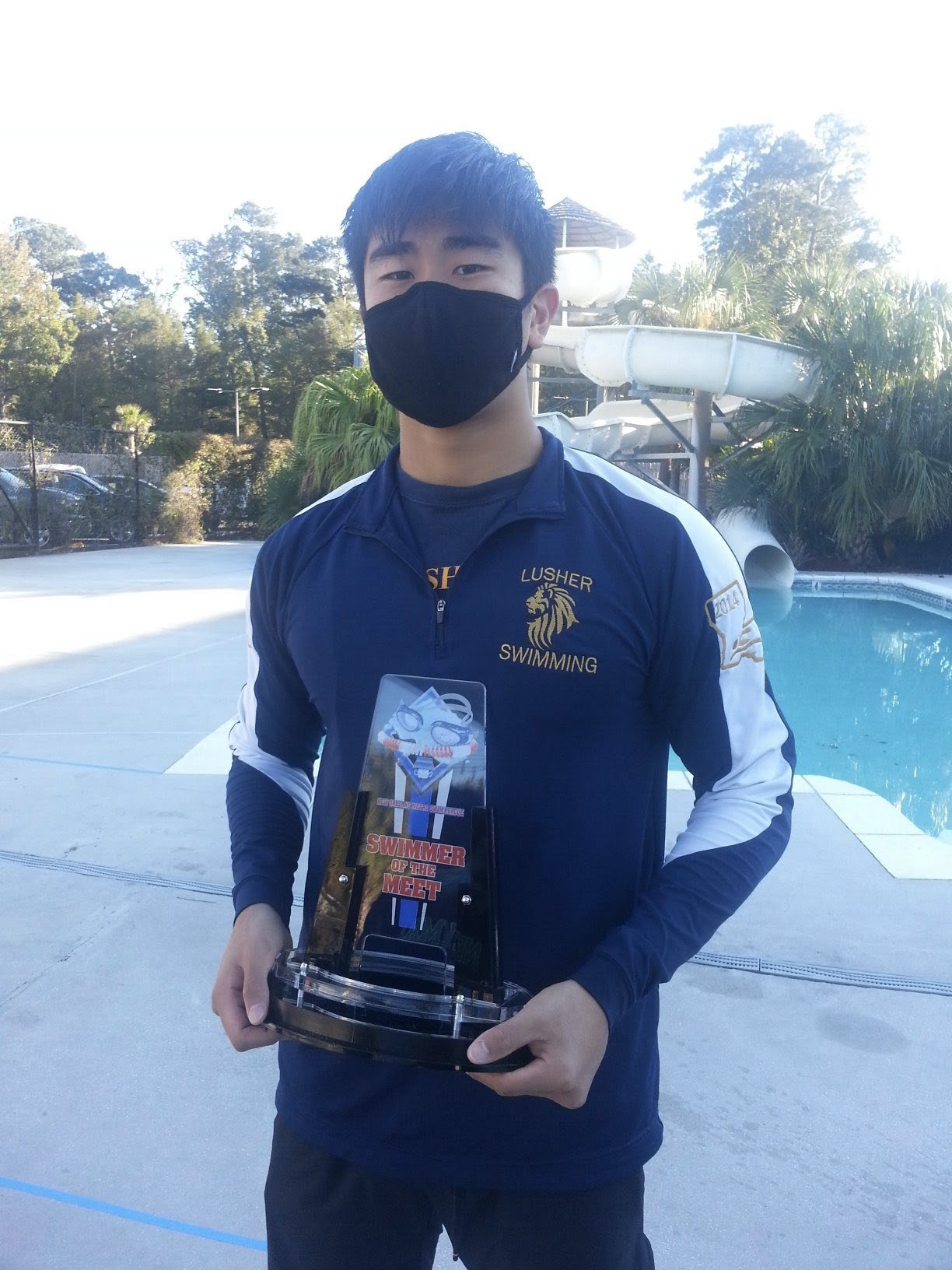 This year things have been quite different on the Lusher Swim team. As one can imagine, it is difficult to arrange a swim season during a pandemic.

The first issue was finding a pool. Typically, the Lusher Sea Lions practice at the Riley Center at Tulane. However, this pool is currently closed to anyone who is not an enrolled college student. Because of this, the swim team now practices at a NORD center called, “The Gert Town Natatorium.”

Swimmers are required to socially distance themselves at all times. This includes when they are in the pool, as well as on the pool deck. In addition to this, swimmers must also wear a mask when they are not physically swimming. This was difficult at first, since no one was used to these conditions, but it is now going smoothly.

The final major change is that swimmers must “shower” before getting in the pool. This “shower” is just a hose connected to a spigot that is used to rinse off. It is quite cold, and the swimmers can't wait to jump in the pool afterwards.

During the 2020 swim season, swim meets have many new precautions. The basics are that swimmers and officials must wear masks, social distance, no spectators are allowed, no mingling between different teams, and typically, participants must remain outside until they swim. The Lusher Team is taking these rules seriously and making the best out of an unusual situation.

The team has four seniors this year, including Lily Theriot, Olivia Hamilton, Clara Templin, and Iman Furgueson. This year’s captains are Oliva Hamilton and Lily Theriot.  Congratulations to these two swimmers who have been with the Lusher team since middle school!

In the very short season, the Lusher Sea Lions swam four dual meets and were undefeated. The team recently competed in the State Championships in Shreveport, Louisiana on November 18. There were 14 swimmers with state qualifying times.  However, a team of 17 in total attended the meet to include "alternates" in case of illness or injury.

To show their support, viewers were able to watch a livestream of the state competition. Although it was not ideal circumstances, it meant a great deal to the swimmers that their peers watched the meet online and texted the teammates good luck.

The competition seemed to be off to a rough start when Coach Archer was initially quarantined due to possible COVID  exposure from joining her team at the competition.  Archer was eventually cleared by NOLA public schools and the CDC and joined her team.  She left New Orleans at 3:00 a.m., drove directly to the pool, and arrived at 9:00 a.m. in time to watch the first event.

Lusher girls finished fourth overall--only one point behind third place, and only 10 points behind second place. Iman Ferguson finished with gold, silver, and bronze medals. Izzy Mundee earned a silver and two  bronzes. Olivia Hamilton came in fourth in her two individuals and won a silver in the 400 relay.  The girls placed second and third in the 400 and 200 freestyle relays, and every female swimmer earned points for the team.

As for the boys, Derek Zhang won two gold medals and set two new state records, and all the boys scored points as well.Go, Sea Lions!