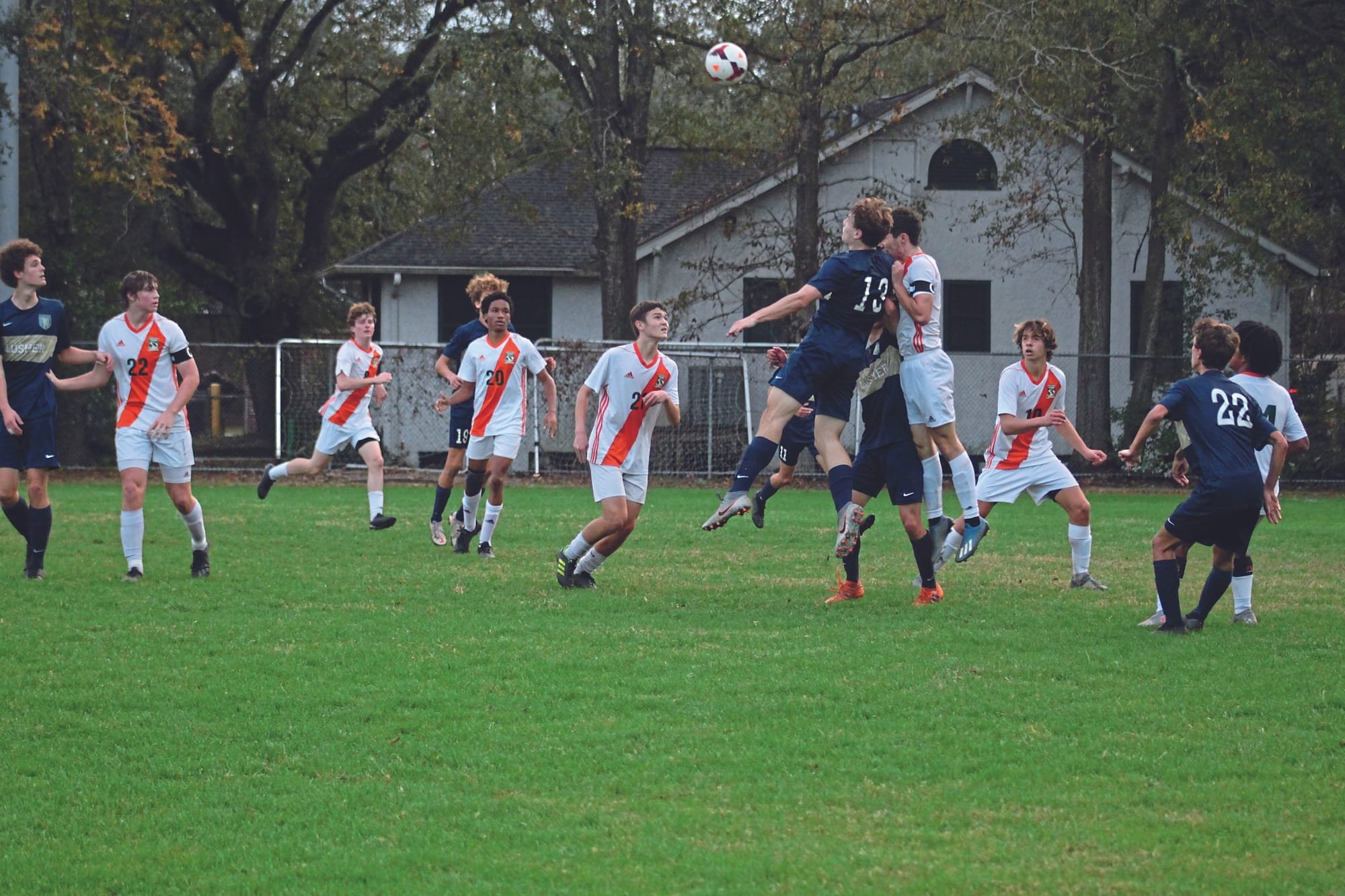 
The Lusher Lions Boys’ Varsity Soccer team has had quite the impressive season. With a record of 17 wins, one loss, three draws, and a notable victory against perennial power and reigning Division II champion Holy Cross in the Copa Acadiana tournament, the Lions have put the city and the state on notice. The Lions have topped the Division III Power Rankings for Crescent City Sports all season long, with the latest rankings placing them in first with eight first place votes.

It has not been an easy path here, though. Head Coach Ben Barcelona had this to say on coaching during the pandemic: “This year has obviously been much different. Whereas I’m normally focused on just coaching, this year I have had to be more aware of the health and safety not only of our players, but their family members and friends as well. In terms of coaching, it’s been hard due to mask wearing. It is very hard to make connections with your players when you can’t see each other’s true emotions behind the mask. However, we’ve made the best of the situation we’re in, for sure.”

This year’s team is no stranger to success, coming off of consecutive semi-final appearances in the past two seasons. But make no mistake--there is one collective goal this season: “A State Championship,” said Coach Barcelona. “We knew that we would have a strong team this season (and for seasons to come), and that is our goal.”

The team also boasts a ranking of fifth in the state on MaxPreps.com, behind Division I powerhouses Catholic-Baton Rouge, Jesuit, St. Paul, and division rivals University Lab. The Lions have parlayed their regular season success into a number 2 seed in the Division III playoffs and a first-round bye. With their first playoff game on the horizon, excitement is abound as the boys come closer to obtaining their coveted state championship this season.